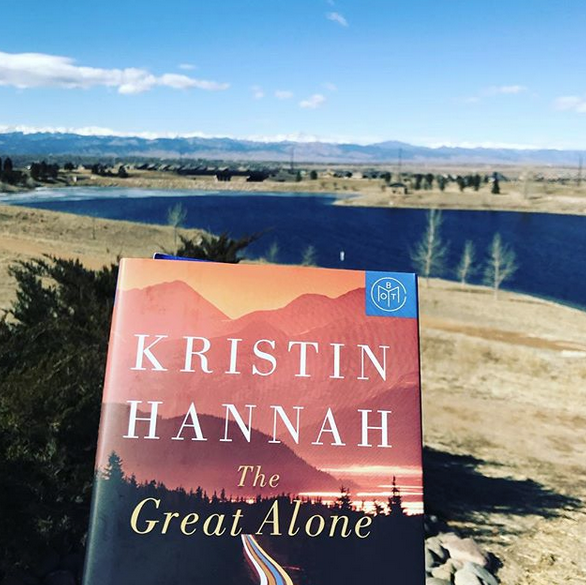 “All this time, Dad had taught Leni how dangerous the outside world was. The truth was that the biggest danger of all was in her own home.”

This is a story about Leni, a young girl coming of age, constantly caught in the midst of her parent’s drama. Her mother is insistent on staying with Leni’s father, a former POW who has resorted to alcohol do deal with the nightmares of the war. Ernt, Leni’s father, decides that moving to rural Alaska will be the right answer for his family, and his own woes. However, surviving the Alaskan wilderness as well as Ernt’s own demons proves to be a more arduous task then any of the family members could have imagined.

Damn.
What a sad, sad story. But, I don’t expect much else from Kristin Hannah. I’m happy to say that this is the first book of hers that I have read that I haven’t shed a tear. I’m not cold-hearted or anything, I just felt like all the angst and woes that the heroine had to endure were worked out. I liked that. But, that doesn’t mean it wasn’t terribly sad in the process.

This is a very beautifully-written story comprised of two strong themes: The Alaskan wilderness and the dangers of domestic violence. Who would think of combining these two? I don’t think the domestic violence story-line would have been nearly as compelling if the book wasn’t set in 1970’s Alaska. I recommend this book to anyone and everyone.

One thought on “Book Review: The Great Alone”